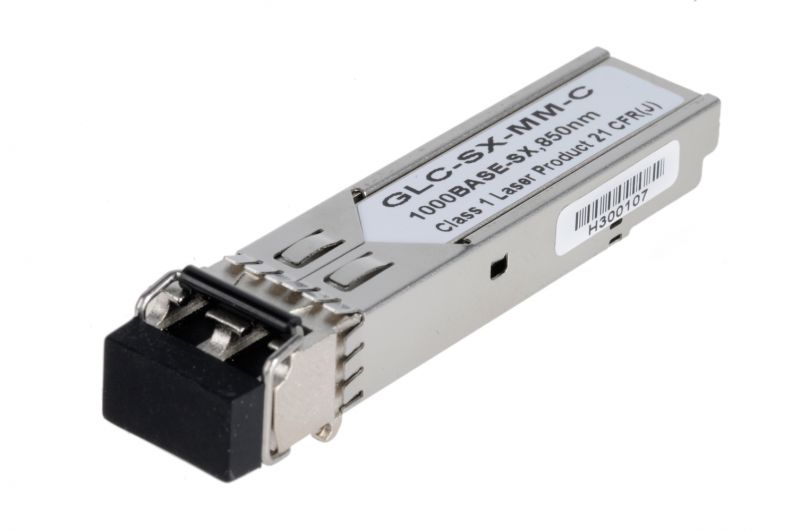 The SFP transceiver is specified by the SFP Transceiver Multisource Agreement (MSA), which was developed and is followed by different transceiver manufacturers. A small form-factor pluggable (SFP) transceiver is a compact, hot-swappable, input/output transceiver used in data communication and telecommunications networks. SFP transceivers support communications standards including synchronous optical networking (SONET)/synchronous digital hierarchy (SDH), gigabit ethernet and fiber channel. They also allow the transport of fast Ethernet and gigabit Ethernet LAN packets over time-division-multiplexing-based WANs, as well as the transmission of E1/T1 streams over packet-switched networks.

Due to its smaller size, SFP obsolesces the formerly ubiquitous gigabit interface converter (GBIC); the SFP is sometimes referred to as a Mini-GBIC although no device with this name has ever been defined in the MSAs.

SFP Transceivers have a wide range of detachable interfaces to multimode/single-mode fiber optics, which allows users to select the appropriate transceiver according to the required optical range for the network. Optical SFP modules are commonly available in several different categories:

for copper twisted pair cabling 1000BASE-T - these modules incorporate significant interface circuitry and can only be used for Gigabit Ethernet, as that is the interface they implement.

Please be aware we use cookies and similar technologies to help our site work, to understand and analyse how it is used, and to personalise content and advertising. By clicking "Accept" you agree to allow cookies to be placed. You can learn more in our privacy notice. Data protection